EMSCULPT NEO is the first and only non-invasive body shaping procedure that provides simultaneous fat elimination and muscle building in a combined 30-minute session.

EMSCULPT NEO reduces fat by 30% and increase muscle by 25% on average. You can sculpt your abdomen, buttocks, arms and legs. This innovative solution is first of its kind to simultaneously treat both muscle and fat to dramatically change the tone and appearance of the treated area. EMSCULPT NEO delivers radio frequency to destroy fat and a HIFEM® procedure to stimulate muscle in the treatment area. By delivering optimal energy in a short period of time, we can now give you more results and confidence in less time and for less costs. 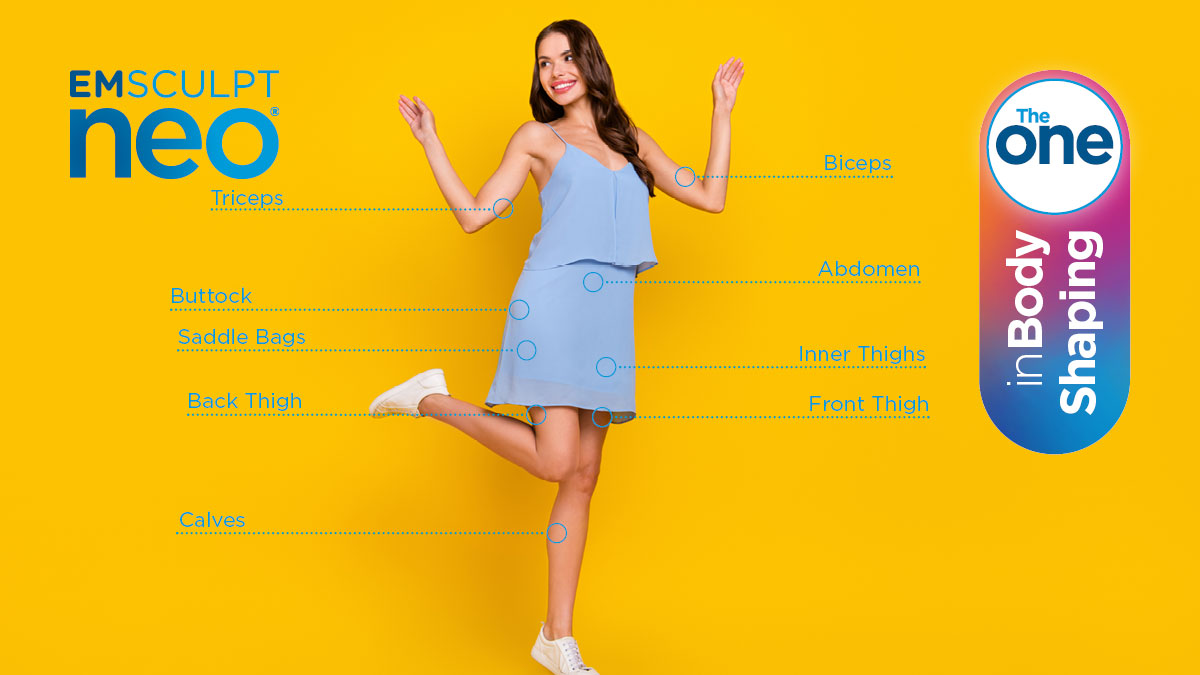 What is EMSCULPT NEO

EMSCULPT NEO builds off the legacy of its predecessor, EMSCULPT, by simultaneously emitting both radio frequency and high intensity electromagnetic energies. The end result is more fat reduction and muscle growth, than any single gold standard product, for less time and less money. Best of all, EMSCULPT NEO has broad appeal as it can treat patients up to BMI 35!

How Does EMSCULPT NEO Work?

EMSCULPT NEO is based on an applicator simultaneously emitting synchronized RF and HIFEM+ energies. 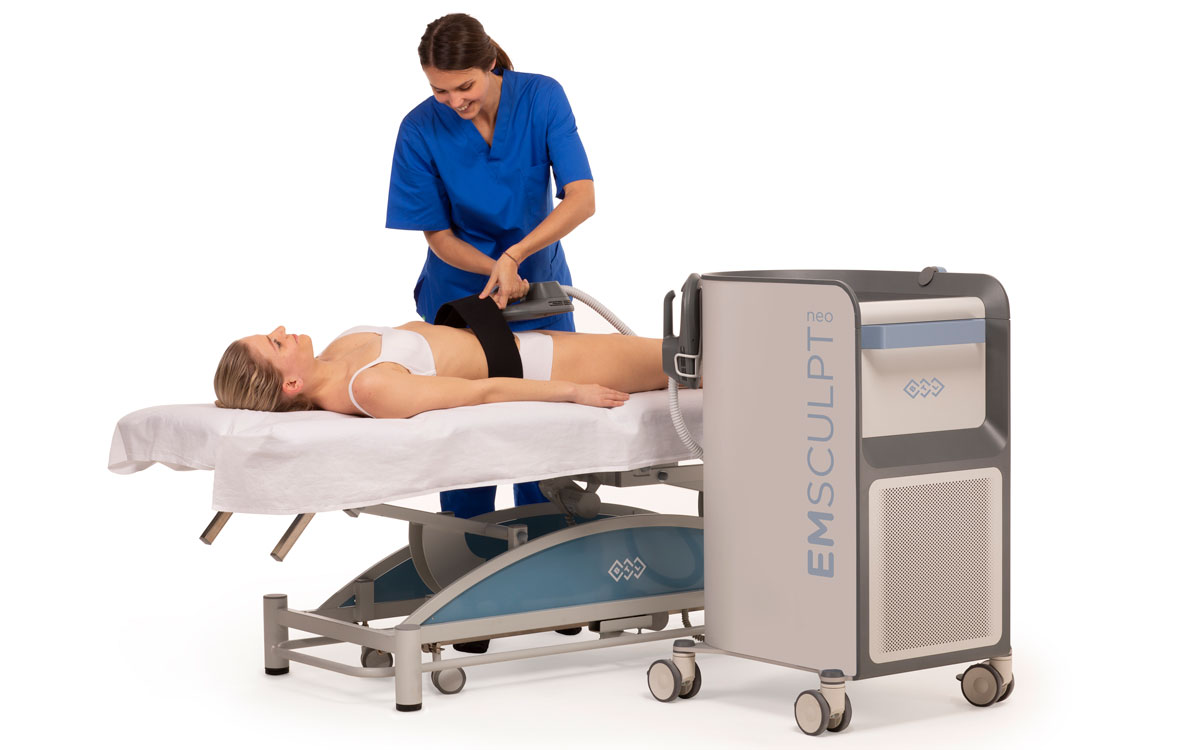 Due to the radiofrequency heating, the muscle temperature quickly raises by several degrees. This prepares muscles for exposure to stress, similar to what a warm up activity does before any workout. In less than 4 minutes, the temperature in subcutaneous fat reaches levels that cause apoptosis, i.e. fat cells are permanently damaged and slowly removed from the body. Clinical studies showed on average a 30% reduction in subcutaneous fat.*

Bypassing the brain limitations, HIFEM+ energy contracts the muscle fibers in the area at intensities that are not achievable during voluntary workout. Extreme stress forces the muscle to adapt resulting in an increase in the number and growth of muscle fibers and cells. Clinical studies* showed on average a 25% growth in muscle volume.

Make a same-day appointment to see one of our providers today!